Hailing from the south eastern suburbs of Sydney, Australia - Above, Below formed with the immediate mindset of setting themselves apart. With a constant focus on innovation and contrast within their progressive metalcore roots, the quintuplet released their debut EP The Sowers Of Discord in early 2017.

Incorporating a multifaceted blend of heavy grooves, heavenly clean sections and crushing breakdowns, the group have done well to establish themselves amongst the scene. After releasing a brand new single at the end of 2018 and having shared the stage with acts like Chelsea Grin, Born of Osiris, Deez Nuts, Polaris, Justice for the Damned, Void of Vision & more.

On 27th of September 2019 the debut album finally hit the market. Self-released including the singles "Beyond The Mosaic Garden", "Blood Wine" and "Labyrinth" the Aussie Qunitet are now ready to take over the world, touring UK and Europe in the Summer of 2020, including an already confirmed appearance at the High 5ive Summer Fest in Stockholm, Sweden on the 3-4 July alongside acts like Silverstein, Crystal Lake and more. 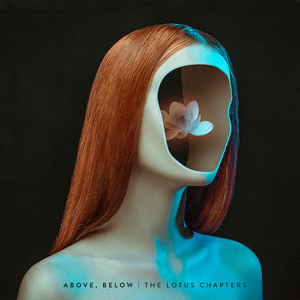